Sea of Thieves is a persistent pirate theme park that has been embraced by Microsoft and its partners with open arms. It’s getting bigger each year, but the main question on everyone’s mind remains when will we start Season 5? 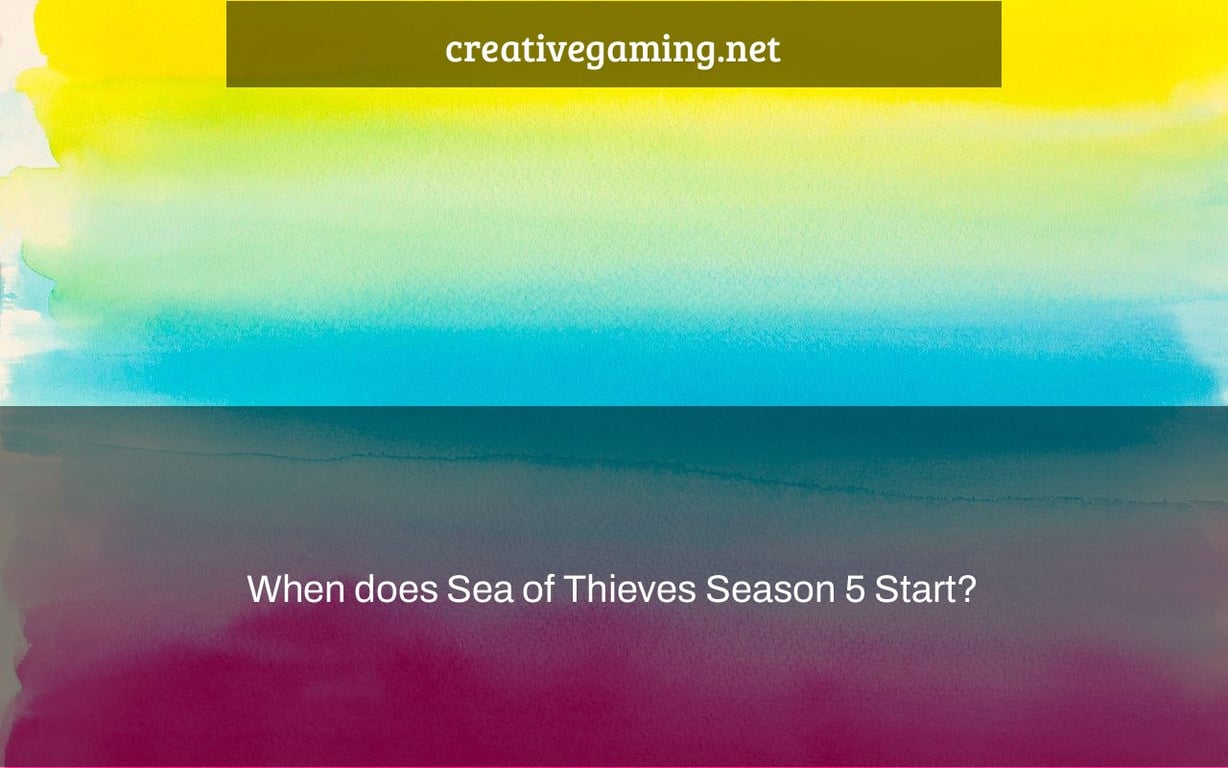 The promise of potentially unlimited exploration and adventure is part of the attraction of pirate (apart from the whole seafaring illegal thing, obviously). After all, there were always new islands to discover and riches to pillage in the days before the whole planet was charted out. When it comes to plundering treasure, there’ll be enough to go around once the new Sea of Thieves season begins. But when will Season 5 of Sea of Thieves premiere?

When will Season 5 of Sea of Thieves premiere?

Season 5 of Sea of Thieves will premiere on December 2nd, 2021. On the morning of that day, the update will be available for download on all platforms, including Xbox consoles and PCs through Game Pass and Steam. The upgrade will be absolutely free to download, and there will be a fresh new Plunder Pass containing both free and premium tunes to dig your teeth into.

So, what does this new version have in store for us? Why, there’s a lot of fun stuff!

To begin with, you’ll be able to do what pirates are renowned for: hiding treasure! You can dig a hole almost anywhere in the globe and store your loot (whether ill-gotten or not) in it for a long time. If you wish to indulge in some typical pirate pranks, you may distribute around copies of the map or attach them to bulletin boards and challenge other players to discover the X that marks the area where you buried the treasure.

If cannonballs aren’t enough for you, shoot off pyrotechnics from the broadsiders! This multicolored ammo does not do any harm, instead emitting a harmless display of sparkles and color that is ideal for brightening up a night at sea. Of course, if the darkness is too much for you, you may use flares to illuminate gloomy terrain or send an SOS to close comrades. They’re like fireworks, but they’re more “oh no, we’re all going to die” than “wee, fun party.”

There are a few new emotes coming, as well as some minor feature adjustments, if you want your pirating trip to seem more authentic. On the emote front, you may sit and put your feet up almost anyplace, whether it’s on a log around a campfire or over the ledge of your ship. You may even have your character do some dice rolling, albeit it’ll just be for show rather than a real game. Going to sleep now causes your screen to dim instead than simply leaving you looking at your sleeping character. If you’re using a microphone, your character’s mouth will now move in rhythm with what you’re saying. You may also use the Speaking Trumpet in reverse to conduct secret chats with your crew that aren’t heard by other players around.

You’ll want to invest in some of the new gun rowboats if you’re in a particularly aggressive mood and want to assault a vessel with all you’ve got and then some. Rowboats with large guns placed on the front are what these small jollies are called. They’re a little flimsy, but the added firepower might come in useful for more concerted, clever strikes.

Crossover with Pirates of the Caribbean

If you liked the past season’s crossover with Pirates of the Caribbean, there’s some good news for you: the Pirate Emporium now has some new additions to the collection of crossover-themed merchandise. There are new character cosmetics, ship cosmetics, and a new pet included in this update!

Sea Shanties have been updated.

Finally, no pirate journey is complete without some music, which is why the game has been updated to include three brand new sea shanties based on merfolk stories. You may pull them up on the radial menu to sing along with them or have a good time with your friends.

Is Sea of Thieves ok for 10 year olds?

A: Sea of Thieves is a very safe game for children as long as they understand what to do. There are no in-game purchases and the length of each session can be capped so that players dont stay online too long.

Will there be a Sea of Thieves 2?

A: I am not sure if there is a sequel to Sea of Thieves. It seems like its still in the works, but that doesnt necessarily mean anything!

The future of crossover platform fighters, and what they can learn from past mistakes